After their historic first A Grade premiership last season, Trinity Aquinas came from fifth spot on the ladder to claim the 2017 premiership and Sandover Shield on Saturday.

Despite their premiership success last year, Trinity Aquinas entered the match as the underdogs as they faced minor premiers North Beach who were victorious both times they met this season.

It was a close contest in the first quarter with North Beach having more use of the ball however they struggled to add pressure on the scoreboard. North Beach kicked the first goal of the quarter before Trinity Aquinas’ Ryan Murphy kicked two set shots from almost the same spot on the ground. Preston O’Keefe had pace under pressure to add a third straight goal to the board for Trinity Aquinas to leave them up by eight points at quarter time.

Trinity Aquinas came out firing in the second quarter going forward multiple times. Ryan Murphy kicked a further three goals in the quarter to leave him with five majors before half time. Accurate kicking from Trinity Aquinas saw them kick eight straight before their first behind came at the sixteen minute mark of the second quarter. Nic Reid kicked truly late in the quarter to keep North Beach’s hopes alive.

North Beach had the breeze in the third quarter and used it well as they kicked three goals in a row. The third goal coming off the boot of Ryan Ekert who set the strong North Beach crowd alight with a two-handed fist pump salute to indicate just how important it was.

Unfortunately for North Beach they failed to kick another goal for the match while Trinity Aquinas added a further three goals in the final quarter to run out thirty-five-point winners.

Trinity Aquinas President Andrew Edwards said he was proud of the players after the win, “Saturday was so special, in more ways than one. Obviously to go back to back is a remarkable achievement and one we as a club are extremely proud of. But for this side in particular, the win was testament to their never-say-die attitude”.

“With two rounds to go we sat seventh, we managed to scrape into fifth and then had to fight for our lives week in, week out during the finals series. The boys never lost their belief and grew in confidence the longer the finals went on. Saturday was the reward for so much hard work over such a long period and one of the great days in our club’s history, so I sit here today a very proud president” said Edwards. 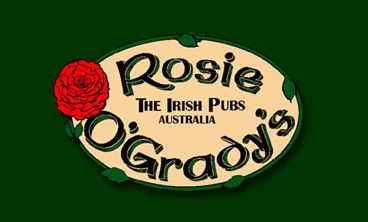